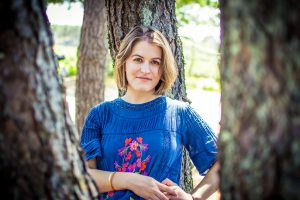 I am currently a PhD candidate in Communication Theory and Research at Stanford University, as well as a graduate affiliate at the University of North Carolina’s Center for Information, Technology, and Public Life.

My research examines the politics of media technologies, with a focus on the messaging and recruitment strategies of right-wing digital media creators. This research also explores the importance of social media platforms, such as YouTube and Twitch, and the role they play in facilitating or incentivizing certain types of discourse, as well as news media and its vulnerability in a time of rapid change. My other research interests include online celebrity, conspiracy theories, online harassment, and algorithmic cultures. I am committed to rigorous mixed-methods approaches, and I draw on the fields of sociology, history, cultural studies, and science and technology studies in my own work.

Before I came to Stanford, I was a researcher at the Data & Society Research Institute in New York City, where I was a part of the Media Manipulation Research Initiative. At Data & Society, I published the research report Alternative Influence: Broadcasting the Reactionary Right on YouTube, which identified an alternative media system on YouTube that adopts the techniques of brand influencers to spread political ideals. I also co-authored a 2017 report with Alice Marwick, titled Media Manipulation and Disinformation Online, which explored how far-right and conspiratorial online subcultures make use of the current media ecosystem to set news frames and agendas. 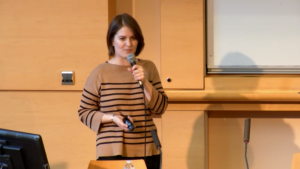 I am an advocate for publicly accessible research, and I often write about issues of extremism, radicalization, and harassment in public formats. My writing has been published in a range of outlets, including NBC News, VICE News, New York Magazine, and Columbia Journalism Review. Most recently, my article for the Medium publication FFWD focused on the need to look beyond YouTube’s algorithm to understand the dynamics of extremism on the platform. I also recently launched a newsletter where I write about the state of online political media.